How to Stay Awake During a Boring Virtual Meeting

Stay Vigilant Throughout Your Career‍

Virtual meetings have a lot in common with physical meetings. One of these things in common is that in the absence of correct presentation, brevity where necessary, and stimulating, engaging interaction, both these types of meetings can become extremely boring. So boring in fact, they can send you to sleep! Of course, whether you’re having a meeting in person or via video conference, a meeting as boring as the previously described is sometimes unavoidable. You’re not the one holding it, so you’re powerless to make it more engaging. And yet you have to be there. Now, given that a video call online is just that, your virtual meeting can provide you with diverse, more varied ways to stay awake than a physical meeting; sparing you, your team, and whoever’s speaking at that fateful minute of unconsciousness you wish to avoid, untold embarrassment. Let’s look at some of the ways you can stay awake during a boring virtual meeting.

Provided your doctor has no problem with you using caffeine to stay awake, this classic method will get you through many a boring meeting, virtual or otherwise. Your needs will vary in this regard. Some people have a naturally high tolerance for caffeine, or developed it as they drank more and more coffee. If you’re one of those people, getting you through a meeting you’re attending over video conferencing will require a very strong and concentrated brew. Maybe a double, triple, or even quadruple portion of that brew.

There are various types of strong coffee out there and if you’re already a connoisseur you don’t really need a lecture detailing the vigilance promotion of a quadruple espresso in comparison to the wakefulness provided by four cups of Turkish coffee. Just make sure to time your coffee drinking well for optimum vigilance during your meeting. Coffee gets things moving in more than one way and the last thing you want is to have to run out during your video call. I’ve found that sipping mine over the course of a meeting is more helpful than drinking it beforehand or drinking it really quickly, but everybody is different.

For example, some people have a very low tolerance for caffeine and therefore do not need to drink too much coffee because very little of a very mildly caffeinated brew is enough to keep them alert for hours on end. In fact, some people wake up just fine from the trace amounts of caffeine sometimes found in decaffeinated coffee. They might even have trouble getting to sleep if they drink decaffeinated coffee in the evening. You all know who you are and there’s nothing to be ashamed  of. Just plan your caffeine intake for the video call in accordance with how you know your body normally handles coffee. If all you have access to is a very well-caffeinated brew, make sure to drink considerably less than the regular full serving, even if your cup or espresso shot glass is full of the regular serving.

You might not really need to take these notes during your virtual video meeting, but you’re not doing it for information retention so much as to keep your brain engaged. The activities of writing, summarising, and organising fire up more neurons in your brain, in regions which promote wakefulness. During a virtual meeting you can take notes both digitally or manually. You can type or use a pen. Take whatever notes you feel might be useful to you, and if nothing worthy of note is being said, you could always do some doodling or type up some nonsense for fun. Try writing down the name of the main people speaking, the topics they’re covering and summarising everything they’re saying into the shortest possible bullet points. Of course, if neither taking notes nor doodling is helping you stay awake, there is another solution, which is so much easier to engage in precisely because you’re virtually meeting through a video call...

If taking notes, doodling, or typing whatever you want to make you look focused doesn’t work, never fear. Since no one else in the virtual meeting can see your screen, you can start playing a minimizable desktop game. Up your brain’s engagement  to the maximum. You can even pick something truly exciting. A racing game or third person shooter. That’s the beauty of attending a meeting from the comfort of your desk or home. They’ll see you playing, but they’ll still assume you’re taking notes. Just make sure it’s a game you can kill the sound on without muting your computer because you need to be able to contribute to the meeting without everybody realising that you’re playing a game instead of taking notes.

Now, is it ideal to play a desktop game during a virtual meeting through video conferencing software? Absolutely not. But it beats the heck out of dozing off in the middle of the video call and potentially embarrassing a client, or another team in the company, or your own team, or even yourself! If I were your manager and I knew you had to sit-in on a remote video call as boring as the video meetings we’re discussing, I would actively advise you to play a desktop game, rather than have you embarrass me in front of someone from outside the company, or another team, or worse; in front of my own manager.

Congratulations. You are now ready to brave the more boring virtual meetings in your career on your way to (hopefully) much more exciting ones. To make already great virtual meetings successful, consider signing up for a 14 day free trial of any of our Banty subscription video calling platforms. 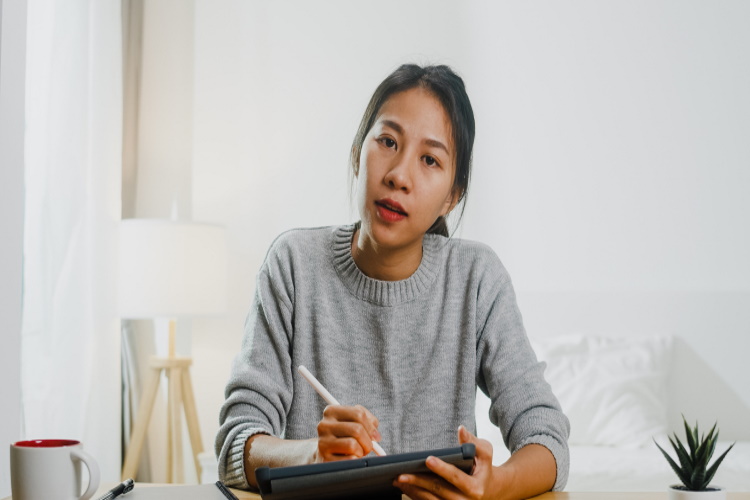 How to Ace a Virtual Interview with Banty

Interviewer or interviewee, there are many reasons to interview online. Here are some tips to experience the best video call interviews with Banty. 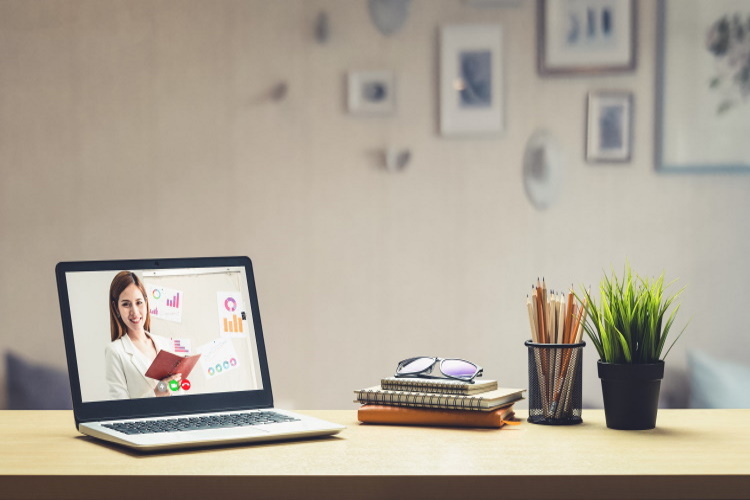